I have one of the first run of the Input Club K-Type keyboards from Massdrop. I was excited to get the keyboard: fully programmable, some cool new whiz-bang key switches (Halo True), and of course, LEDs galore. Previously my primary keyboard was with a Unicomp Ultra Classic, so the idea of a more modern (read: more quiet) keyboard was appealing.

When the keyboard finally arrived (after some drama between Massdrop and Infinity Club), I was excited. It is beautiful: a nice design combining an aluminum case with USB-C, and decent key caps. I was impressed, at least until I started using it.

Upon doing some typing I immediately noticed the stablizers used on the board are noisy in a "cheap" feeling way. This is one of the primary frustrations voiced by users. Although you can purchase nicer Cherry stabilizers, for the expense of the board you don't expect this experience. More importantly though, my 'T' key, while tolerable for a time, would stick or repeat itself randomly (press once, get 'TTT'). Initial suggestions from the Input Club Discord channel suggested updating the firmware. I did so, which made a tiny bit of difference however did not eliminate the problem.

After a time, I finally got fed up enough with it and contacted a developer from Input Club to explain my issue. He suggested that I purchase a new key switch. I was able to locate some Halo True switches, and once they arrived I carefuly removed the "problem" switch. I suppose at this point I should mention the K-Type has user-replaceable hot-swap switches. Pretty cool.

After inserting the new switch, I turned the keyboard back on and tried the new switch. It did the same thing. I removed the switch, and re-inserted, giving it just a bit more force to make sure it was seating properly. I heard a snap. Pulling the switch out I noticed a black pience of plastic had fallen away from the board. At this point I thought I had physically broken the board.

The board has eight hex screws on the back holding the aluminum frame together. I removed these, and saw the piece that had fallen away. Looking at it, there appeared to be no broken parts, merely that the soldering had given away. This gave me hope that a quick fix would get me back on my feet, and that this was really the problem all along. The part was the switch socket (made by Kailh). 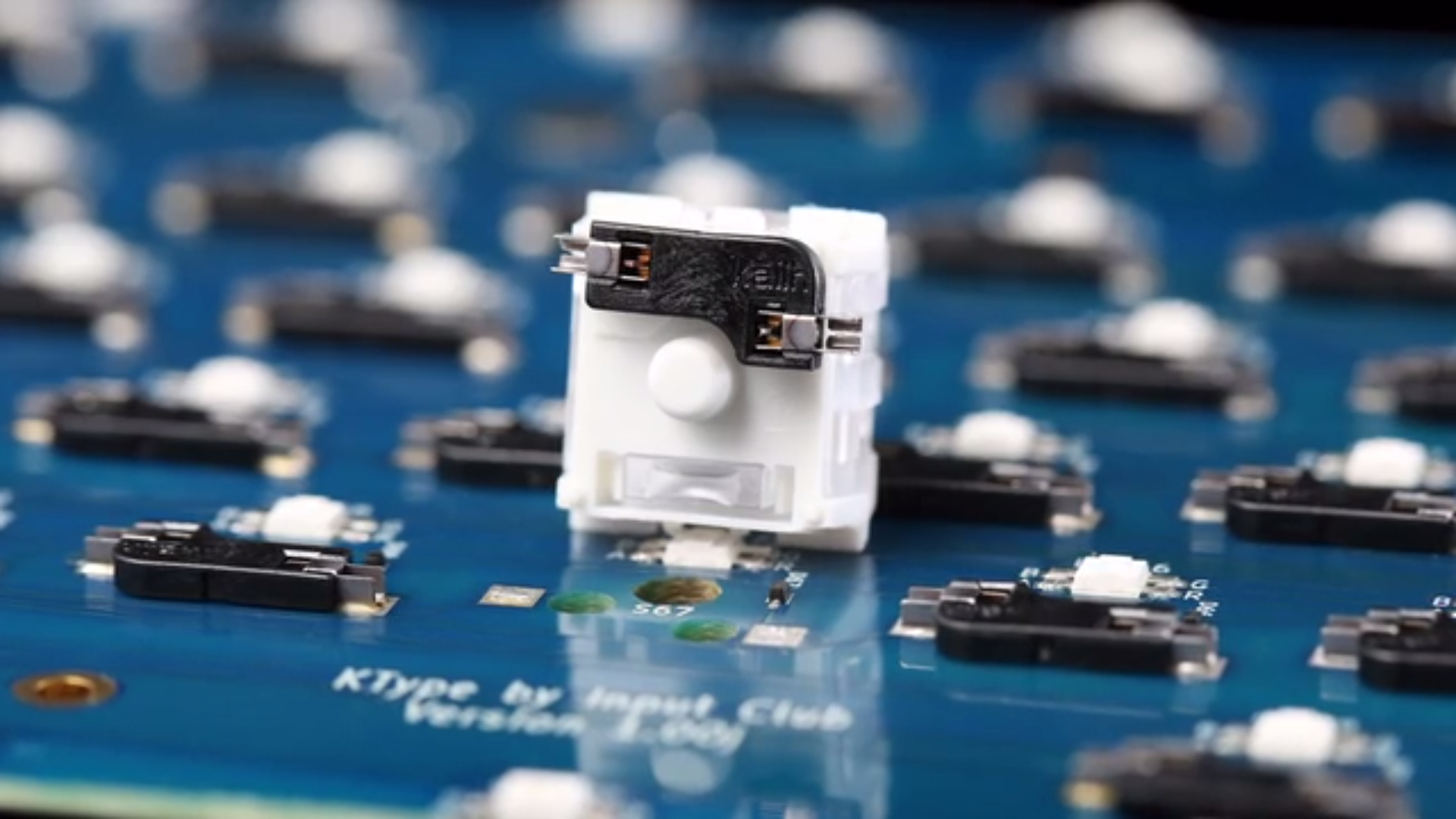 After soldering the switch socket back to the PCB, I plugged the board in and tested it. Working! I almost didn't know what to do with myself having a working 'T' key! I put the keyboard back together and sat down to do some writing.

My 'R' key had stopped working. At this point I'm getting more than a little frustrated, and wondering why I ever spent money on this keyboard. I pulled it back apart, and looked at the switch socket for the 'R' key. Sure enough one of the tabs had popped off the solder tab. In looking at the rest of the board, all the solder tabs appeared to have very little solder applied to them. I didn't have the energy to re-solder the entire array of switch sockets, so I just did the 'R' and performed yet another test before screwing the case back together. Success.

Now that I feel I can actually use my K-Type, I'm happy with it; although apprehensive that my troubles may yet continue. Speaking of troubles, I still can't get macros working properly...